Over 50 years of experience helping physicians, physician assistants, acupuncturists and surgical assistants with the complex Texas licensing process. Call 888-400-1580 for your free consultation.

Tort Reform did have a backlash. There were many that complained that the state would be flooded with physicians who were fleeing other states, but that has not been true.  The requirements for licensure have remained some of the toughest in the United States and that has not deterred applicants. I believe that the vast majority of physicians strive hard to practice good medicine.  So visit the link at the end of this article for more information.  And as Jaime and love to say WELCOME TO TEXAS!

Hallelujah the doctors keep on coming! 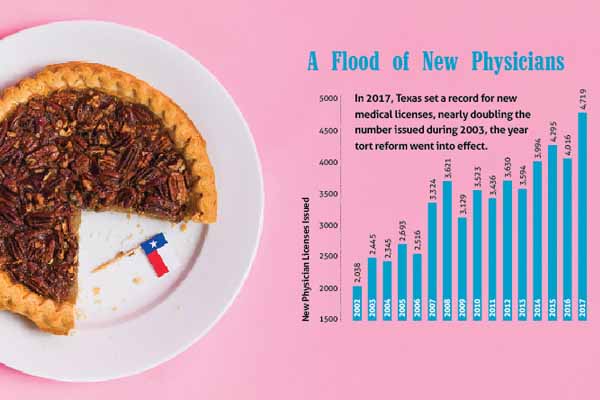