Over 50 years of experience helping physicians, physician assistants, acupuncturists and surgical assistants with the complex Texas licensing process. Call 888-400-1580 for your free consultation. 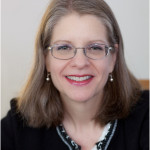 Jaime Garanflo
It is with a heavy heart that we share the news of Jaime’s passing after a brave battle against cancer.  Jaime’s passion for assisting applicants with their licensure dreams will carry on with the same professional ethics and energy.

Jaime Garanflo’s career spans 30 years with the Texas Medical Board. She held a variety of positions, culminating as Director of the Licensure Division, which she held for 9 years. Her experience gives her unique breadth of knowledge of the board’s functions.

Jaime began her career at the TMB as a licensing analyst, became the board’s first complaint analyst, oversaw the agency’s initial venture into computers, and served as IT manager for 10 years, before finally returning to the Licensure Division.
As the Director of Licensure, Ms. Garanflo: 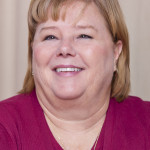 Denise Meyer’s career with the Texas Medical Board spans 24 years, all focused on licensing. Denise was a licensing analyst, team leader, and manager in the Licensing Department. She has extensive knowledge of medical education, both domestic and international, as well as the intricacies of eligibility and the licensing process.

Denise was selected by the Executive Director of the TMB to serve as a member of the team that traveled to Ross University Medical School for an assessment of the medical education offered by the school. Denise, like Jaime, served the board as both a resource for and a representative to the state legislature, state and national organizations, Texas medical schools, Texas graduate medical education programs, other state agencies and Texas communities.

Since leaving the board Denise has assisted various physician defense attorneys in preparing their clients for appearance before the Licensure Committee of the Texas Medical Board. Denise has also presented at the American University of the Caribbean as well as assisting AUC in preparing for a site visit team from the Texas Higher Education Coordinating Board.